Granuloma is a generic term that refers to a small nodule. It can be any type of nodule, from benign to malignant. Granulomas occur throughout the body. Two types of granuloma apply expressly to the skin:

Pyogenic Granuloma. Pyogenic granuloma looks like small, reddish bumps on the skin that tend to bleed. It is caused by an injury to the skin. It is most frequently found on the hands, arms and face. In some cases, the nodule will spontaneously disappear. More often, the lesions need to be removed by surgery. There may be some scarring as a result of these treatments.

Granuloma Annulare. This type of nodule can occur in any person, but is more common in children and young adults. It is characterized by a ring-shaped lesion that is round and firm; red, white or purple skin around a clear crater of normal skin. It can appear individually or in groups. Most often, it appears on tops of hands and feet, elbows and knees. Most people have no other symptoms, but some may experience itchiness at the site of the lesion. Granuloma annulare can resolve itself and may or may not disappear over time without treatment. However, if the incidence is widespread or aesthetically undesirable, a dermatologist may prescribe a steroid cream or inject steroids just below the skin’s surface to speed healing. Another successful treatment is PUVA, in which a medication called psoralen is given and then the area is exposed to ultraviolet light. 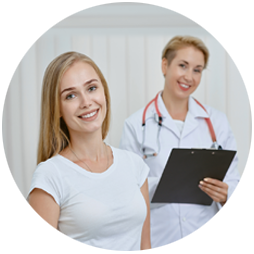